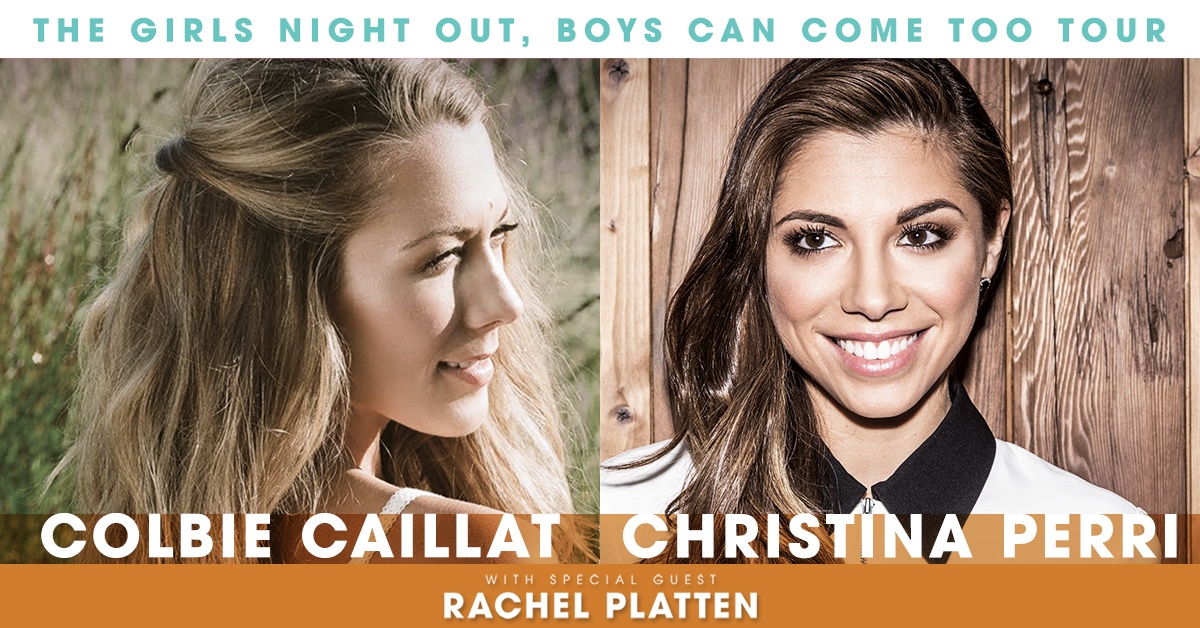 As part of their "Girls Night Out, Boys Can Come Too Tour, Colbi Caillat and Christina Perri are heading to Reno in a co-headliner tour. These two artists are young and talented.

Two-time Grammy Award-winning artist Colbie Caillat released her fourth full-length album, “GYPSY HEART,” in September of 2014. The album immediately landed in the Top 20 of Billboard’s Top 200 Chart fueled by the strength of her gold-selling single “Try”. Co-written by legendary producer and singer-songwriter, Babyface, "Try" became one of the biggest performing songs featured as iTunes "Single Of The Week." Quickly amassing nearly 40 million YouTube/VEVO views, the single’s inspirational companion video became a global viral sensation and reached the #1 spot on the iTunes Video Chart. At radio, that success continued as the song went Top 10 at Hot AC.

To date, Caillat has sold over six million albums and ten million singles worldwide. Her breakthrough hit "Bubbly" remains "one of the best-selling digital tracks in history" and her multi-platinum debut COCO hit #5 on the Billboard Top 200 Albums chart, while her gold-selling sophomore set Breakthrough landed at #1. 2011's All Of You yielded the gold “I Do” and platinum “Brighter Than The Sun,” which enjoyed over twenty film and television placements.

An international live draw, Caillat has played sold out venues everywhere alongside artists from John Mayer to Sheryl Crow.

Christina Perri has spent much of the past year on the road celebrating the release of her acclaimed second album “HEAD OR HEART.” In addition to high profile TV appearances, festival performances, and treks with OneRepublic and Demi Lovato, Perri recently returned from her biggest worldwide headline tour to date, with sold out shows in North America, Europe, Asia and Latin America.

“Human,” the acclaimed first single from “HEAD OR HEART,” was certified RIAA platinum for sales now well in excess of 1 million. Additionally, the album features the singles “Burning Gold” and “The Words” not to mention the upbeat fan favorite, “Be My Forever”, the duet that Christina did with Ed Sheeran.

After two years of writing Rachel Platten would find her first big spark with “Fight Song.” She turned inward by telling her own story through it. Turns out it was just the message people needed. “The reactions were honest, and intense. People have been sending me the most beautiful stories of how they refuse to give up,” she recalls. The fire that “Fight Song” ignited has connected not only with music fans but also Columbia Records. Now planning her major label debut, Rachel is currently touring the U.S. with Andy Grammer, performing a number of songs from her cache.

Check out our Spotify Playlist for each of these artists here.

Want to get your tickets?