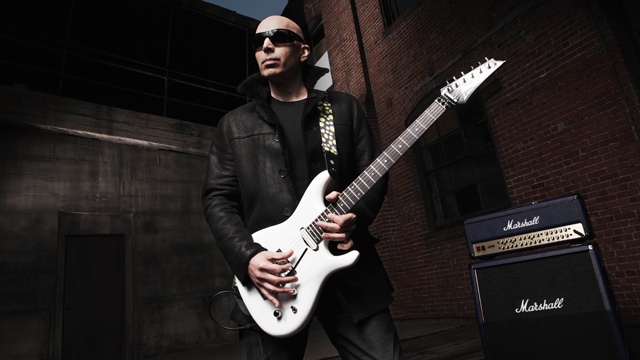 Satriani studied under jazz guitarist Billy Bauer and jazz pianist Lennie Tristano when he was just 18 years old. Tristano was technically demanding of Joe Satraini, producing one of the worlds most prolific guitarists and technical expert. Satriani went on to teach music with many of his former students going on to achieve fame. His students included: Steve Vai, Larry LaLonde, Rick Hunolt, Andy Timmons, Charlie Hunter, Kevin Cadogan and Alex Skolnick.

After a few years of teaching Joe Stariani moved from his home in Westbury, New York to San Francisco to puruse his music career. He continued to teach as he played in a San Francisco based band called the Squares. A short time later he was invited to join the Greg Kihn Band where he recorded his first studio album, “Not of This Earth.” His second album, “Surfing with the Alien,” was the first all instrumental release to chart high in many years.

Joe Satriani has produced a total of 15 albums, many of which have seen commercial success and he is credited with being a part of many other albums.

Joe Satriani’s latest album, “Shockwave Supernova” came about from an epiphany he had on stage while playing his guitar with his teeth. He saw this person he had become as an alter ego that he felt compelled to explore and transform.

An excerpt from his website states, “One way of looking at Shockwave Supernova is that it’s a concept album, but Satriani has never operated under such rigid restraints. The 15 songs on the new record would be ‘inspired by’ his concept, but they don’t follow a direct narrative. ‘The real reason for the concept was to allow me to make creative decisions song by song, exploring unique moods and feelings as they relate to my central character,’ he says. ‘So in that way, it’s both loose and free-form, but there is an overall tone, one of a rebirth.’”