ONE BOURBON, ONE SCOTCH, ONE BEER - BEHIND GEORGE THOROGOOD’S GREATEST HITS

“One Bourbon, One Scotch, One Beer" defines a blues moment. Maybe you’ve sat beside someone who was down on his luck. Maybe you’ve been there yourself.  There you are at the bar at closing time, leaning over, lonely, twirling ice cubes in your glass. You tell your story to the bartender, the last lingering guests, or anyone who will listen. And there’s that hope that one bourbon, one scotch, and one beer will be enough to forget your troubles. 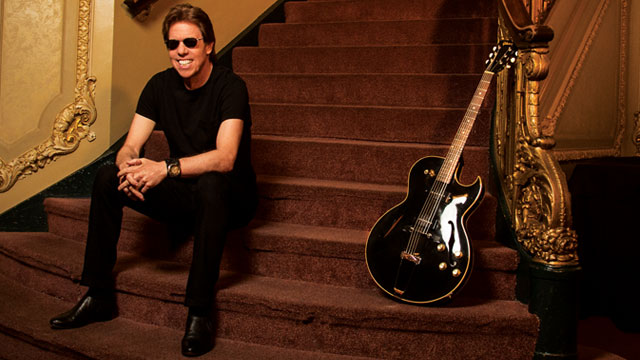 American songwriter Rudy Toombs captured this moment perfectly with his mid-tempo blues song, sometimes described as a jump blues with pop-style chord changes. Although initially recorded by Amos Milburn in 1953, this drinking song was revisited and reworked by George Thorogood in 1977, and released on the band’s debut album “George Thorogood and the Destroyers.”

In 1977, the band hyped this blues song by creating a medley of two sad stories: “One Bourbon, One Scotch, One Beer" and another song by John Lee Hooker, "House Rent Boogie." The backstory of “House Rent Boogie” also tells a tale of hard-knocks, in which a man loses his job, gets kicked to the curb by his landlady, and is rejected by a friend who won’t take him in. And well….you know how it goes. The man finds himself drowning his sorrows in one bourbon, one scotch, one beer.

Thorogood and the Destroyers brought that rock sound around the country with a 1981 tour called “50/50.”. You guessed it--that’s 50 states in the space of 50 days. Though not quite as ambitiously, the band has hit the road in 2017 for a 40th anniversary tour dubbed the Rock Party Tour. This 2017 tour includes the Midwest and Western U.S.

Lucky for Reno, George Thorogood and the Destroyers plan on lighting up Grand Sierra Resort’s stage with the sounds of 1980’s rock radio for a one-night engagement, Friday, March 10, 2017, at 9 PM.

Make plans today to catch a live performance of “One Bourbon, One Scotch, One Beer” and other George Thorogood greatest hits like “Bad to the Bone” and “Who Do You Love.” For tickets, call the box office at 775-789-1115 from 9:00am to 9:00pm. For more information on this concert and upcoming events at GSR, please visit our website.

One dollar from each ticket sold for Thorogood’s upcoming concert will be donated to the Leukemia & Lymphoma Society, which works toward finding a cure for blood cancers and helps ensure that cancer patients have access to treatment.