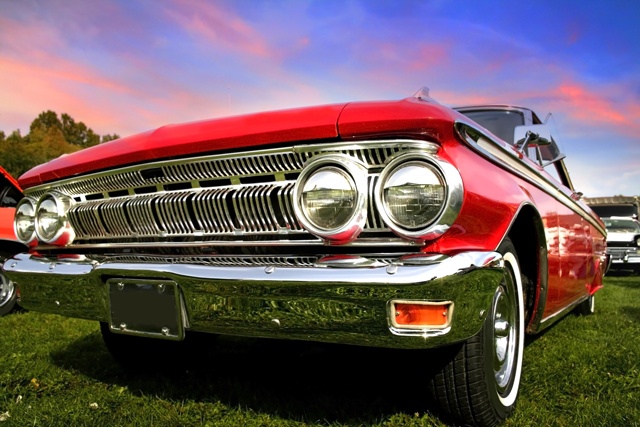 Are you a classic car enthusiast?

Since the early 1900s when Henry Ford released the model T people have been fascinated with cars, enjoying them as a hobby just as much as a way to get around. Whether it’s the latest and greatest or classic cars from a long gone era, the car is a staple in American society.

To celebrate both the classic car and Hot August Nights we have six fun classic car facts.

The Dodge Charger was fisrt introduced during the 1966 model year featuring a two-door fastback and a four bucket seat interior. The base engine was a V8 with a three-speed floor shifter. Three model years later, Dodge produced a more aerodynamic version which was used on the "Dukes of Hazzad" TV Series.

Did you know? A total of 309 Chargers were used throughout “Dukes of Hazzard” TV series.

Classified as a pony car (an affordable, compact and highly styled car with a sporty or performance-oriented image), the Chevrolet Camaro first appeared in market for the 1967 model year designed to compete against the Ford Mustang. Prior to production ending in 2002, there were four distinct generations of Camaro.

Known to classic car fans affectionately as a "Vette" the Chevorlet Corvette has seen seven generations in its 62 year history. It was first introduced as a concept car in the 1953 GM Motorama and was a convertible designed by Harley Earl. The Corvette was named by Myron Scott after the small manuverable warship called a corvette.

Did you know? The Chevrolet Corvette is built exclusively in Bowling Green, Kentucky and is the official sports car of the Commonwelath of Kentucky.

The word “automobile” is a combination of the word “auto,” which means “self,” and “mobile,” which means “moving.” Automobiles or cars, are defined as a way to transport people rather than goods or products. While Henry Ford is credited with producing the first production-line car known as the Model T, another car maker is credited as having invented the modern automobile.

Did you know? German inventor Karl Benz built the Benz Patent-Motorwagen and 1886 is regarded as the birth of the modern car.

The Ford Model T was the first mass-produced automobile in 1913 by Ford Motor Company. It was produced from October 1, 1908 to May 26, 1927. Considered the first afforable automobile, it was widely accepted in the United States and opened travel for the common middle-class American.

Did you know? The Model T was nick-named Tin Lizzy.